Home prices are rising at the fastest rate in seven years, with some communities seeing double-digit gains, as buyers are returning to a market where the number of properties for sale is in short supply.
Prices increased 9.3% in February from a year earlier while mortgage-interest rates hovered near record lows, according to the Standard & Poor’s/Case-Shiller index that tracks home prices in 20 major metropolitan areas.
All 20 cities posted year-over-year gains for the second consecutive month, which hasn’t happened since 2005, before the crash.

“Nobody that I’m aware of anticipated the kind of price growth that we’ve had,” said Budge Huskey, chief executive of Coldwell Banker Real Estate LLC.

The Federal Reserve, whose policies have kept rates low, has a lot riding on the housing-market rebound. The encouraging data come as other aspects of the recovery disappoint: Hiring remains patchy and the unemployment rate, at 7.6% in March, is more than 2½ percentage points above where it was when the recession started in late 2007. Consumer-spending data this week, while solid, pointed to some second-half headwinds.

The real-estate market’s brisk rebound also raises concerns among some observers that traditional buyers, facing still-stringent mortgage-lending standards, are being squeezed out because investors are able to make winning bids by offering to pay in cash. Others are concerned that the pace of recent price gains isn’t sustainable.
For now, recent data suggest home-price gains are likely to continue. Sales of previously owned homes rose by 10.3% from one year ago in March, even as supplies of homes for sale fell by 16.8%. The Wall Street Journal’s quarterly survey of market conditions in 28 metropolitan areas showed very low supplies of homes available in a rising number of markets, including a less-than-three-month supply in a dozen markets, including the two hottest—Phoenix and San Francisco.
Supplies have dwindled as banks have pushed fewer homes through foreclosure and because many homeowners are either unable or unwilling to sell due to a variety of factors related to the housing-crash hangover. Meanwhile, demand has picked up as the economy has added jobs, which has boosted household formation. Rising rents and falling mortgage rates have made ownership more attractive.
The housing rebound is also closely tied to the Fed’s campaign to lower interest rates, which has sped along the recovery in two key ways. First, by reducing yields on a range of assets, the Fed has made housing a more attractive investment. Investors of all sizes have been buying homes, often with cash, and converting them into rentals.
Indeed, prices are rising even as the homeownership rate fell during the first quarter to 65%, reaching its lowest level since 1995, according to a separate report Tuesday by the Census Bureau. The report showed that relative to 2004, there were 7.2 million more renters but just 400,000 new homeowners, according to Capital Economics.

Lower mortgage rates spurred by the Fed have also created urgency for traditional buyers, and they have made buyers who take out mortgages more immune to recent price increases. Even with the gains in home prices, housing is more affordable than at any time in the past 30 years because mortgage rates are so low.
At current mortgage rates near 3.5%, home values would need to rise by 32% nationally—and by as much as 48% in markets across the Midwest and north Florida—for affordability to return to its long-run average, according to an analysis by John Burns Real Estate Consulting in Irvine, Calif.

Still, the speed of recent price gains has raised concerns that prices could be going up too fast relative to incomes. “There is enough improvement in the underlying fundamentals to suggest that the housing recovery is well on its way. The only question that somebody could legitimately ask is, ‘Is the pace sustainable?’ ” Mr. Huskey said. “You cannot suggest that we could sustain double-digit gains year after year.”

Normally, he said, prices should rise by 3% to 4%, outpacing inflation modestly. No one should be “buying a home because they think the 23% increase in Phoenix is going to be repeated two or three years in a row,” Mr. Huskey said.

Economists say that, for now, home prices in most parts of the country remain in line or below their long-run relationship with incomes and rents. “In many instances, owning still beats renting,” said Joseph LaVorgna, chief U.S. economist at Deutsche Bank DBK.XE +6.11%. “I don’t think this is bubble-like at all.”

Also, many parts of the country that are seeing the strongest price increases witnessed some of the largest declines. In those markets, “there is room for prices to rise relative to incomes because they are at such a low base,” said Frank Nothaft, chief economist at Freddie Mac FMCC -1.23%.

The concern is that home prices could more easily rise above their traditional relationship to incomes because lower mortgage rates will enable buyers to swallow price increases. “We are encouraging people to buy an asset that, when [mortgage] rates go back to 6% to 8%, will look a bit overpriced,” said Stan Humphries, chief economist at Zillow, the real-estate website.

For now, buyers are scrambling. Matthew Sinn and his wife decided to buy a home earlier this year in St. Petersburg, Fla., after talking to a friend who works in real estate.

The friend “said if you don’t get in now, things are going to skyrocket over the next year,” said Mr. Sinn, a 35-year-old television producer who paid $191,000 for a three-bedroom townhome. He said they were worried that “the homes you want—that you can afford—you might be priced out of buying a year from now.”

Mr. Sinn and his wife raised their initial offer by $6,000 in order to beat a competing bid from an investor paying cash. 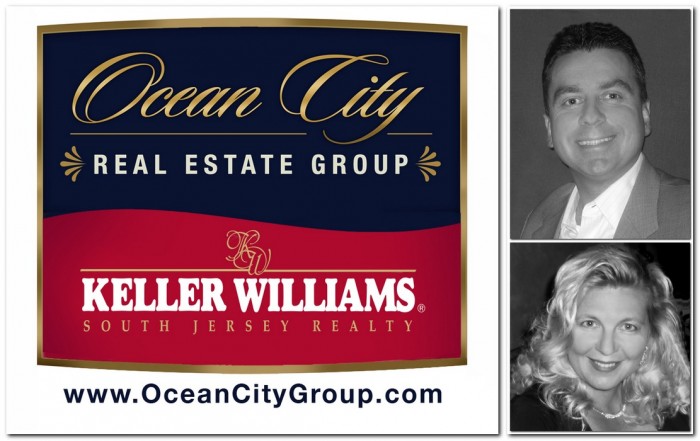