Mortgage rates are moving so fast and so dramatically that even reports from barely a week ago seem suddenly outdated.

The average rate on the 30-year fixed conforming loan moved to its highest level in two years last week, according to the Mortgage Bankers Association weekly survey. That had a direct effect on consumers shopping for mortgages. Applications to refinance fell 16 percent and applications to purchase a home dropped 3 percent week-to-week.

That comes one day after another report from Zillow, an online real estate company, showed mortgage rates moving off their highs, although not that far off. 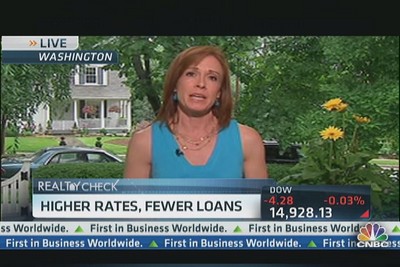 Play Video
Refinance Apps Fell 16%
Applications to refinance fell 16 percent from a week ago, to the lowest level since July 2011, reports CNBC’s Diana Olick. Fewer refinances are not a great sign for housing going forward.

“Last week mortgage rates retreated from a 23-month high as the Fed sought to reassure markets that the wind-down of the stimulus program would be gradual, and contingent upon strong improvement in economic fundamentals,” said Erin Lantz, director of Zillow Mortgage Marketplace.

“This coming week, market participants will be focused on Friday’s jobs report as an indicator of whether the economic recovery is strong enough to withstand an earlier-than-expected withdrawal of Fed stimulus.”

Mortgage rates are up about a full percentage point from where they were at the beginning of May. That translates into about a 15 percent jump in monthly payments for the average home buyer, or 15 percent less purchasing power, depending on how you look at it. That can certainly be make or break for some buyers, especially first-time home buyers who may have been stretching in the first place.

“Applications for new home purchases have continued to move sideways over the last month, but that may be people are rushing to buy or lock in mortgage rates before rates move even higher,” said Michelle Girard of RBS Securities. “It may be that there is going to a bit of a lag effect. I still think rates are historically low, and we are in an improving economy, although a gradual one, the recovery can continue, maybe the pace will moderate—but I do not think the back up in mortgage rates is going to derail the housing recovery.” 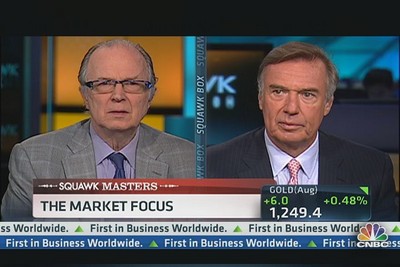 The very recent rate retreat gave back around 15 basis points, but buyers really can’t play these small moves, which are largely dependent on investors buying or selling Treasury bonds.

“Although 10-year Treasury yields have come down slightly in recent days, we do not expect the bulk of the increase in mortgage rates to be reversed,” said Paul Diggle of Capital Economics. “We’ve penciled in mortgage rates of 4.5 percent at year end, rising to 5 percent next year and 5.5 percent in 2015.”

Mortgage rates do depend on Treasury yields to some extent, but recently they have had more to do with fees imposed by Fannie Mae, Freddie Mac and the FHA, which still buy or back about 90 percent of today’s mortgage originations. They could also be affected by new regulations hitting lenders next year that will increase their costs. Lenders may pass those costs on to borrowers.

“Rates seem to be in a new, higher range for the time being,” said analyst Mark Hanson. “However, if the market still ‘works’ as it should, the weakening housing and mortgage markets caused by the higher rates—which will be very noticeable once June, July and Aug data finally rolls out—should precipitate lower rates closing out the year at the latest. Between now and then, however, I expect much higher volatility than we have been used to.”