A lean supply of homes for sale is boosting confidence among U.S. home builders. A monthly sentiment survey from the National Association of Home Builders rose three points in August to 59.

This is the fourth consecutive monthly gain. The index is now at its highest level in nearly eight years. (Anything over 50 is considered positive).

“Builders are seeing more motivated buyers walk through their doors than they have in quite some time,” said NAHB Chairman Rick Judson, a home builder from Charlotte, N.C. “Firming home prices and thinning inventories of homes for sale are contributing to an increased sense of urgency among those who are in the market.” 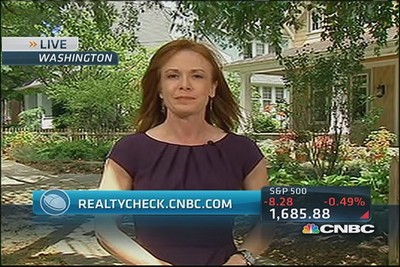 The number of people applying for mortgages has hit a 1-month low. CNBC’s Diana Olick reports jumbo rates and conforming rates are almost exactly the same.

Of the three index components, current sales conditions rose three points to 62, sales expectations over the next six months rose one point to 68, and buyer traffic held unchanged at 45.

The builders noted that positive momentum in the market could be stronger were it not for tight credit and low supplies of finished lots and labor.

During the housing crash builders stopped acquiring new lots and some sold off the land they had. Many did not expect demand to come back as strongly and quickly as it has.

All but one region saw a gain in its three-month moving average on the NAHB index in August. The Midwest and West each posted six-point increases, to 60 and 57, respectively, while the South posted a four-point gain to 54 and the Northeast held unchanged at 39.

Even though home building is on the rise, home builder stocks have gotten creamed over the last 3 months, including PulteGroup, KB Home and DR Horton.

(Read more: He’s not buying a house—why is Obama on Zillow?)